Lee contacted me a week or so ago from Germany to report that there was a nice Beta TR34 1989 260 for sale, and he could get it for what i would consider to be a very good price. He sent some images and video and the deal was done! 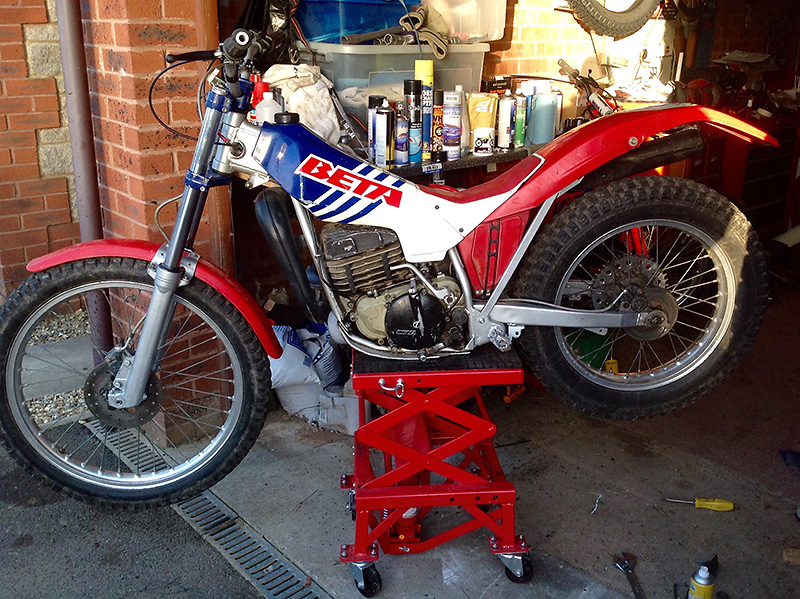 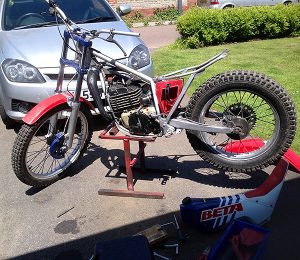 So now I have the two Fantic 300’s and this Beta to work on, the plan is to keep one Fantic after making it a Lampkin/Michaud works replica and then selling the other two. And then to look for another project.

This bike is not in too bad a condition actually, better than i thought. The rear silencer was i think a rocket launcher in a past life, but i have obtained a damaged original to play with so the bike will get a clean up and a new blue front mudguard, new bars as they are bent and some normal service items and it should be up and running soon.

.. more updates as they happen.