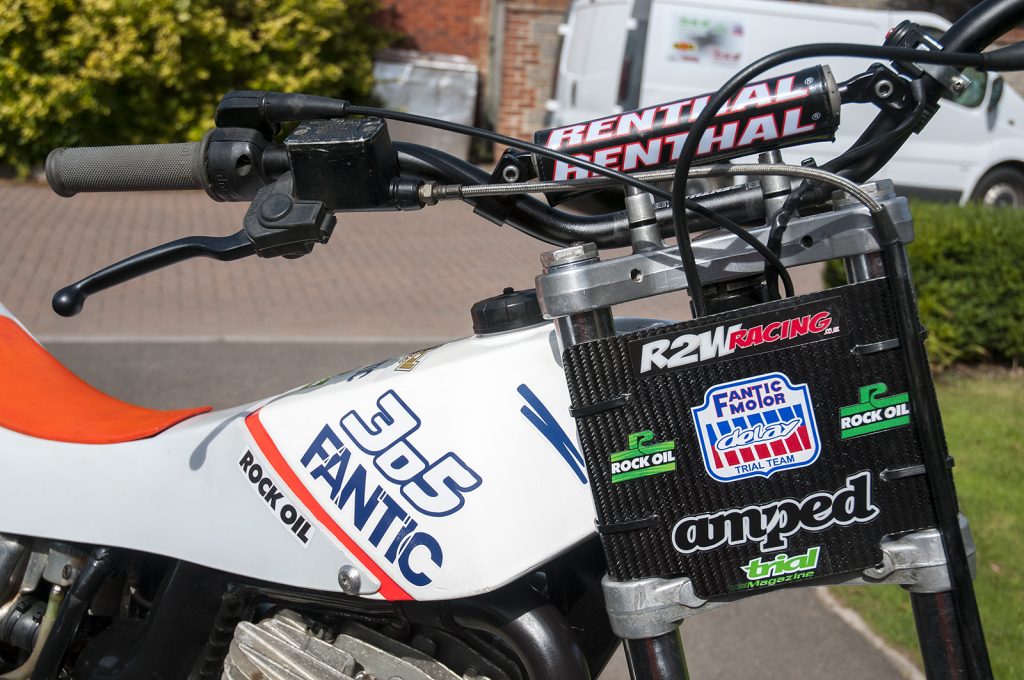 I have had an old Fantic 305 sat in various boxes for a while, and did a swap with Graham Wignall for a 307 that was complete but tatty … so using the two i have put together a 305 to use.

Back in the early 90’s i had a 305 that i purchased as a bit of a wreck, rebuilt and rode in the local events and the North Kent Combine Championship … i ended up winning the intermediate class championship on the bike by wining every round i rode in … fair to say i loved that bike. 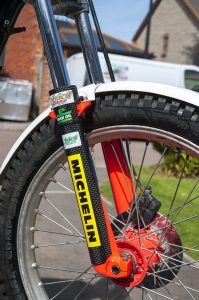 Now i have another, to go with my white 300. I wanted something a little different as since i first brought the bike they have become popular. So out went the fluro orange tank colour and it was done white with an orange stripe! The frame of the 307 had already been done in black, and all i needed to do was spray the fork lowers orange and modify a set of 2mparts carbon fibre fork guards to fit .. Parkey at cutting edge carbon also sorted me out a carbon number board … and here we are.

The engine is a bit noisy, it needs a Nicosil coat done at local firm Langcourt engineering, but i have another complete engine on the bench that is getting a complete bearing, seal and con-rod change plus new piston rings etc. That can be slotted in there when done.

Steve Saunders kindly sent the rear shock off to one of his contacts for a rebuild, i have 4 of them so we have enough spare parts! 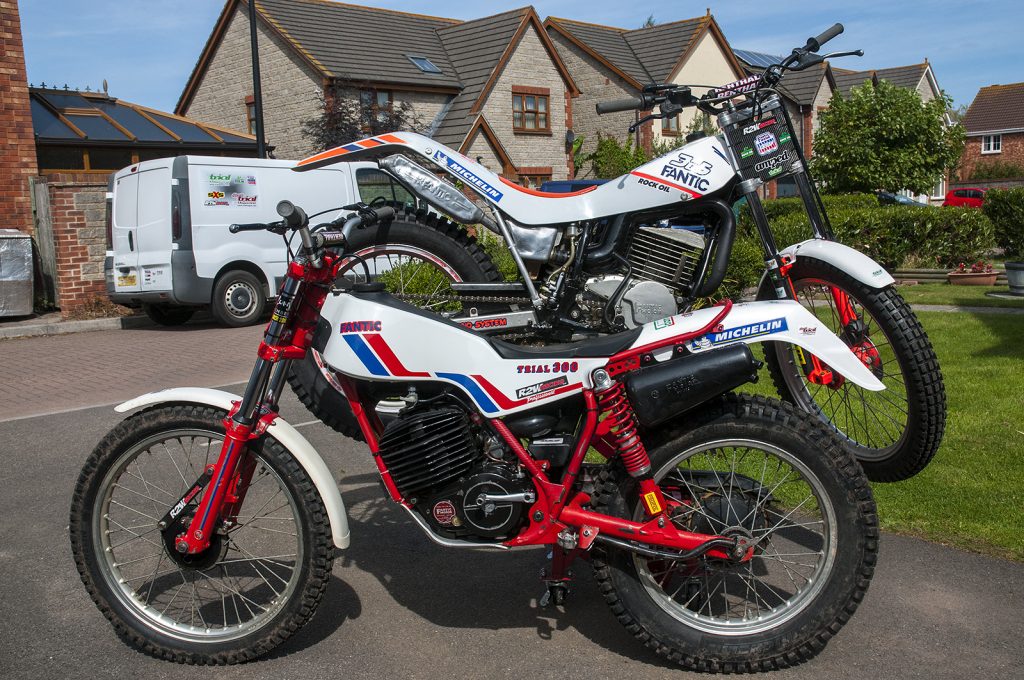