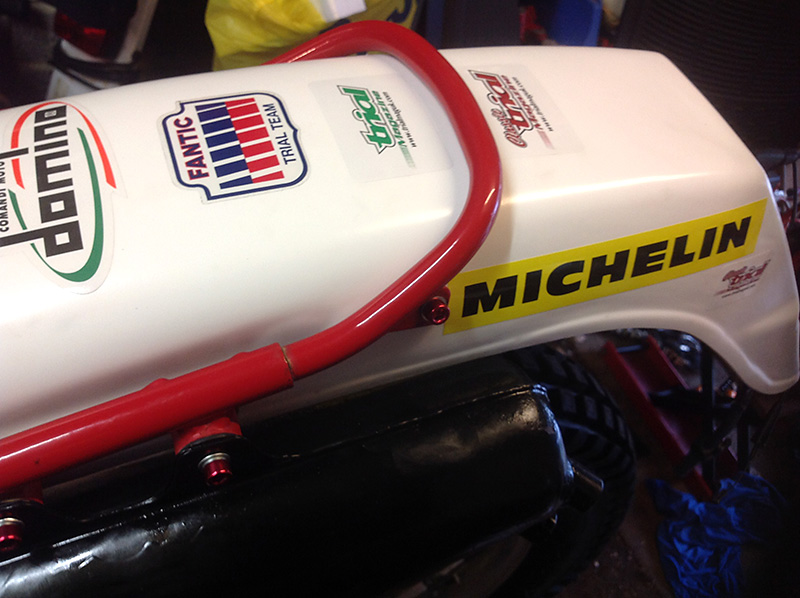 For a few days i had two 300’s built but i soon cured that ! The French spec bike i have has been used considerably less than my present machine so I have decided to make that one mine, but it needed all my best bits switched over and the French 239cc engine needed making into the normal 249cc version. 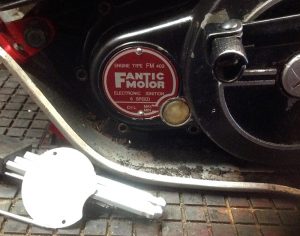 Luckily ebay came to the rescue with an almost unused barrel, head and piston kit. Current thinking seems to be that you should use 2 head gaskets as the 300 was made in the 4 star fuel era and putting that extra gasket in should help it run on unleaded without too much “pinking” when hot. I really couldn’t be bothered to strip the engine for new main bearings, seals and big end etc at this stage, it all felt ok but i will do it at some point in the future.

The Series 2/Michaud replica swing arm was taken off the old bike, a better airbox fitted and the front forks and yokes transplanted. New cables, bars and grips went on also. A new rear mudguard was also fitted, this time without being cut down! It was always a funny looking tail piece that most of us cut down at the time but as i hope to have this one road registered soon it will give room for the numberplate! The engine I.D. plate was totally worn away but i have new ones so that was riveted on, much nicer. 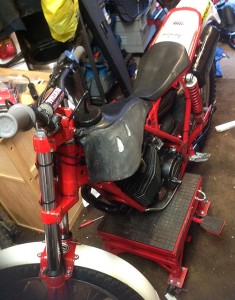 The new Mikuni i purchased from the USA arrived, and didn’t incur any import duty as luck would have it. It is different from the mainly Beta rev3 fitting ones we normally get over here as it has the choke remote lever fitted to move it to the better side for operation on the Fantic, as is the tickover screw. It started second kick but isn’t spot on from the bottom end so i will play with jets and needle settings. As this will be my “keeper” bike i will treat it to new clutch plates and springs … after 31 years i think it deserves it!!

I have fitted a more modern style, shorter and alloy gear lever and as much as i didn’t want too i think i will have to cut the footrest posts off so i can use more modern units. We looked into having some alloy ones cnc’d to fit the posts but no matter what you do you can’t have a cut-out to alloy the mud to drop out because of the stupid posts! They will stay in the same place, nothing wrong with their position.

I have 3 weeks to get it all sorted as i am going to be riding it in the Jersey two day event … well, thats the plan! 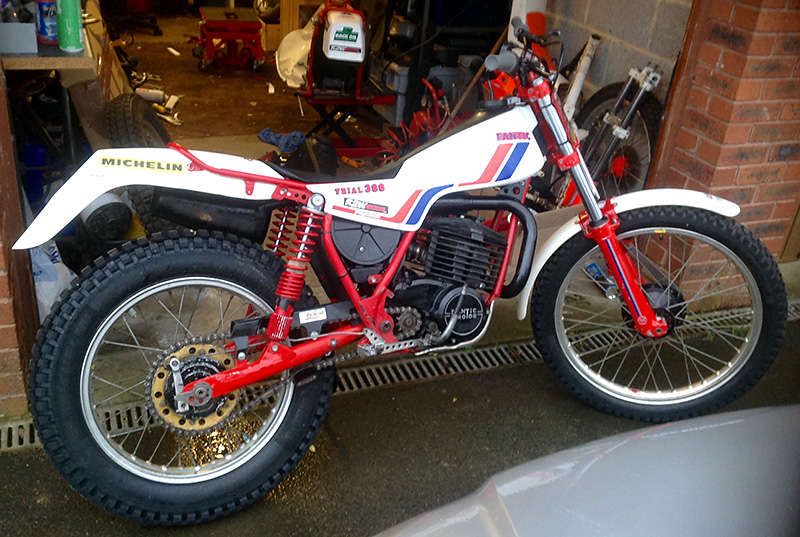